Saint Catherine of Siena was an extraordinary woman, who by the force of her spirit and action played an enormously important role in the history of the Church and of Europe, also because the century when she lived – the fourteenth – was a time of great turmoil in the life of the Church and the entire social fabric of Italy and Europe. She was born in Siena on 25 March 1347 to the cloth-dyer Jacopo Benincasa and Lapa di Puccio de’ Piacenti. She was the twenty-fourth child, one of twin girls, of a total of twenty-five children. At the age of six she had her first vision of Christ dressed in papal robes, accompanied by the Apostles Peter and Paul and the Evangelist John. This experience left a very deep impression on her, so much so that at the age of seven she made a vow of perpetual virginity. But her family was against her vocation, until one day her father surprised her at prayer with a dove flying around her head.

In 1363 she took the habit of the Dominican Third Order. Her life continued in prayer and penance; at the age of twenty she learned to read, received the ring of her mystical marriage with Christ, dictated her first letters, and began her charitable work with the poor, the sick, and the imprisoned, often receiving ingratitude and slander in return. Her personality began to attract the first disciples, who were jeeringly referred to as “caterinati” (Catherinites).

When the fame of her holiness spread, she became the protagonist of an intense activity of spiritual counsel to all types of people: nobles and political leaders, artists and ordinary people, consecrated religious and ecclesiastics – including Pope Gregory XI who during that period was residing in Avignon; Catherine entreated him vigorously and effectively to return to Rome.

Catherine suffered greatly, like many saints. Some even thought she should not be trusted, to the point that in 1374, six years before her death, the General Chapter of the Dominicans summoned her to Florence for questioning. A learned, unassuming friar was assigned to her, Raymond of Capua, who was later elected Master General of the Order. Raymond became her confessor and also her “spiritual son,” and wrote an early complete biography of the saint.

At Pope Gregory’s death, his successor Urban VI was contested in the College of Cardinals, who elected as antipope Clement VII, initiating the Great Schism. Catherine expended all her energy to have Urban VI’s authority recognized and consumed all her strength in suffering for the divided Church, dying on 29 April 1380 at the age of 33. She was proclaimed a saint in 1461 by the Sienese Pope Pius II, a patron saint of Italy by Pius XII, a Doctor of the Universal Church by Paul VI, and the patron saint of Europe by John Paul II. 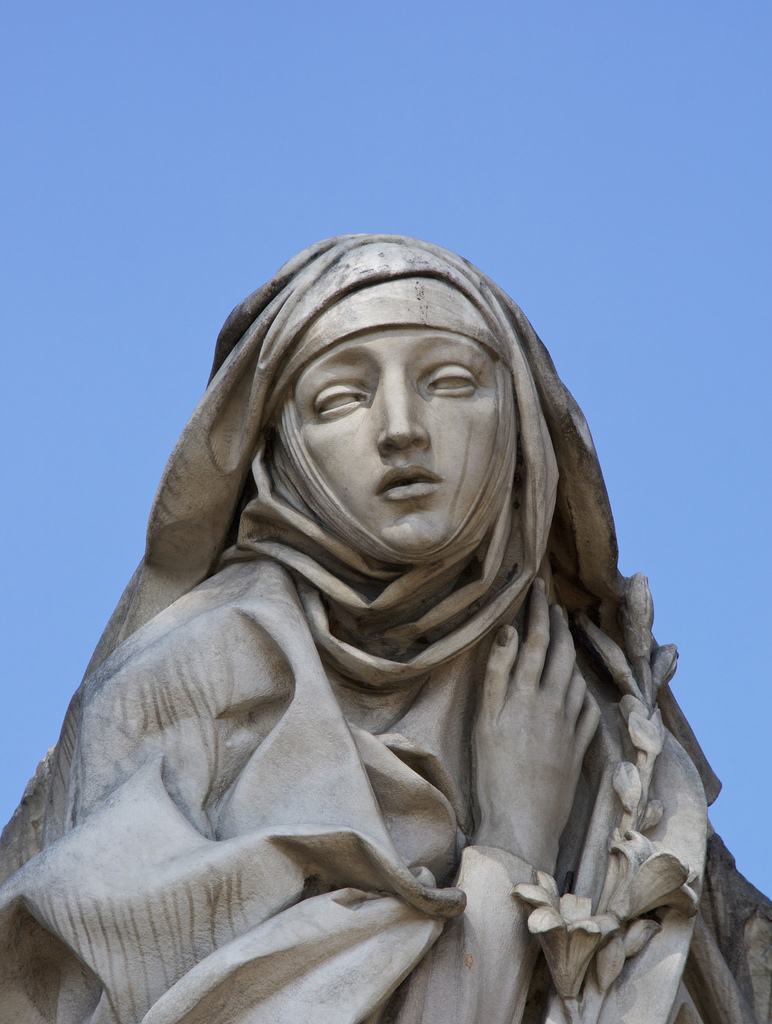